Last week President Ahmadinejad of the Islamic Republic of Iran had a carefully choreographed press day announcing further advancement of the Iranian Nuclear programs and was adament their progress would continue:

“The era of bullying nations has passed. The arrogant powers cannot monopolise nuclear technology. They tried to prevent us by issuing sanctions and resolutions but failed… our nuclear path will continue.”

The  EU and US sanctions are beginning to bite but the day Iran possesses a nuclear weapon appears to get ever closer.  The general consensus by western analysts and media is that the chances of Israel bombing Iranian Nuclear facilities is relatively low, as the cost benefit analysis of limited damage and delay versus inevitable blow back would be just  too costly.   If it does happen at all, it will likely be this year, before the Iranians can move sufficient enrichment facilities in their mountain bunkers, so goes the story anyway 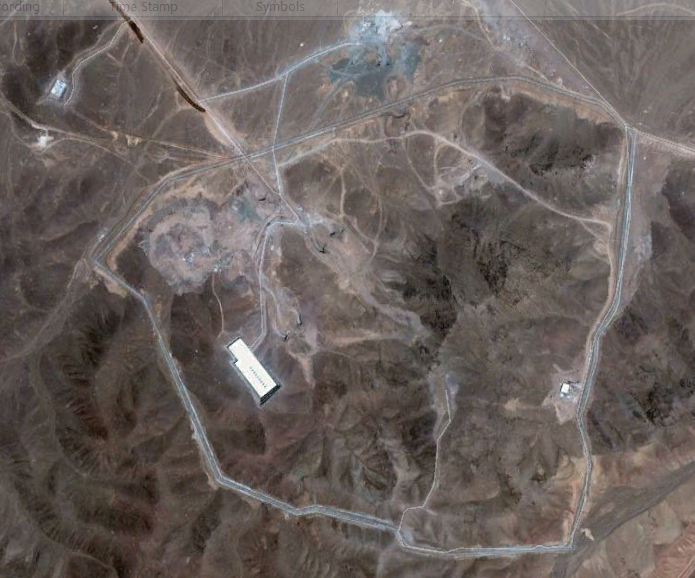 What is interesting is the possible logistics and mechanics of it, along with the decision process in giving it the green light.  Israel’s famous bombing run of Saddam’s Osirak reactor in the early 80s is legendary, and the bombing of the Syrian reactor in 2007 was relatively straight forward.   But they were mere cakewalks compared with trying to bomb the fortified enrichment floor in Natanz, and the deep mountain bunkers in Fordow.  Everything just seems  much more difficult compared to those previous missions if they were to try a conventional air attack.  Some MIT researchers have written an interesting paper on the subject entitled Osirak Redux?.

For starters, the 1700KM distance to Iran is beyond the range of Israel F-15s and F-16s without mid-air refueling.  And no matter what route they pick, the airspace of multiple neighbouring countries needs to be flown through, with not just jets but also possibly with the tankers.  The have a reasonable chance of success, anywhere between half and all the Israeli air force would need to be deployed in the one mission, risking their military resources for any follow on conflict. Not only does the number of fighters deployed need to be high for success, but to puncture the roof of Natanz would require back to back bunker busting bombs hitting the same area, one on it’s own would not be sufficient.  Combine those hurdles with the fact there is no element of surprise, the Iranians preparing for an attack.  Iranian air defences, while not cutting edge, are more than capable of spotting the Israelis jets lack of stealth.

Israel has other options of course.  They have ballistic missiles with suitable range that could be launched from Israeli soil, along with submarine based missiles that could launch from the Gulf.  Although, unlike the bunker busting bombs, neither of these are designed to penetrate concrete bunkers.   They could also combine all three approaches, combined with some commandos on the ground.  This is all assuming conventional weaponry.   But would Israel rally use their Nuclear weapons or Iran, thus justify a reason for Iran to require them.

Even if they did use any of these approaches and were successful in destroying the nuclear complexes, they have a “Day After” problem.  They would have just bombed a soveriegn nation without UN approval, and strengthened it’s unpopular regime .  The disgruntled Iranian populace could easily begin to rally around their embattled leadership once images of blood spattered centrifuge technicians get broadcast on state media.  Iran could easily kick of a proxy war via terrorists in Lebanon and Palestinem, that would see rockets shower down upon Tel Aviv and Haifa.  The diplomat bombings of the last few days could go into overdrive and Iran currently has the capability to deliver ballistic missiles to Israel should it choose that path to retaliate.

Now imagine a weapons system that could destroy the target, but not be traced back to Israel.  This would eliminate the “Day After” problem, and make the decision to attack a much easier one.  Well it turns out Israel may have already attacked Iran with such a weapon, but the perpetrator can’t be determined for sure.

A computer worm called Stuxnet was released in late 2009, targeting specifically computers in Iran, and more specifically computer running Siemens control software that manage specific industrial processes, namely spinning centrifuges.  The worm infected hundreds on computers at the Natanz site, with the intention of changing the speed of the centrifuges rapidly, which would in turn cause their destruction.  While it is not clear how much damage was done, the Iranians have admitted damage was caused by the incident, and their Nuclear program was delayed in some way. 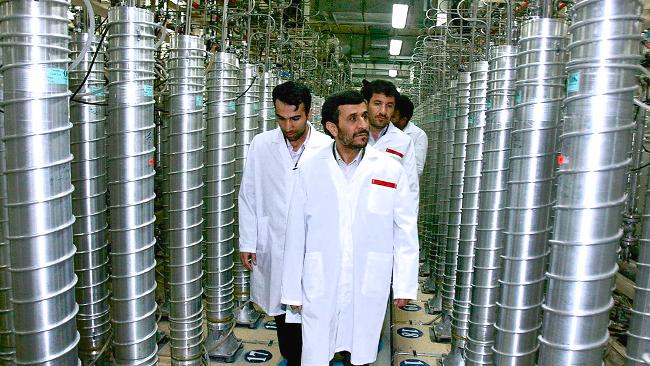 Centrifuges were damaged by changing their speeds of rotation rapidly

However, while this weapon eliminated the “Day After” problem, is has a different  problem.  Since it was not a knockout blow, ideally the Israelis would liked to have hit reload and tried again, exposing the same vulnerabilities in the Iranian computer systems to cause more damage.

However, to pull-off the initial Stuxnet attack, the creators utilised no less than four Zero-day attacks.  Zero-day software vulnerabilities are so named because no one is aware of them at the moment they are used, and the developer of the original software has no opportunity to distribute a fix.  However, once the attack is detected, a fix can plug the hole forever more. For that reason they are highly prized by hackers, and used sparingly.  Further vulnerabilites in the software used by the Iranians becomes harder to find, and follow-on attacks become more difficult to create or impossible.

So this type of cyber weaponry solved one problem, but has it’s own inherent problem, the inability to attack more than once with the same weapon.  It would be like only having 4 F-15s, and never being able to buy more once they were destroyed in combat.

Back to the conventional military attack, who knows what decisions the Israelis will come to over the coming months, what form the attack will take, and what the consequences will be.  The consensus view of analysts in that the chances of an attack are low.  I disagree, and believe it is highly likely based on their  leadership and recent history.