I watched Midnight in Paris over the weekend.  It was quite a good Woody Allen movie, but not a good as Matchpoint and Vicky Cristina Barcelona, the other stops on his recent grand tour around Western Europe.    Anyway, the central character Gil played by Owen Wilson, is a hack screen writer on holidays in Paris who longs to be a literary novelist.   A dreamer who longs to live not just in Paris, but Paris of the 1920s, when it was a city so many great literary and musical emigrants called home – Joyce, Fitzgerald, Hemingway and company.  He dreams of hanging in clubs with this sort of crew crew, while Josephine Baker dances in the background and Cole Porter plays the piano.  The best character in the piece is Paul, a obnoxious know-it-all intellectual friend of his fiancee who shoots down Gil’s nostalgia for a particular epoque:

Which I found a powerful statement.  I don’t really suffer nostalgia, in the sense of dreaming of living in the 1960s like Don Draper or something.  But I suffer a terrible nostalgia for old technology.  A perfect example is books.   I love books, looking at the covers, reading the notes and revision details, the smell of fresh paper when it arrives in an amazon box or in the shop.  Collecting them and putting them in a bookcase.  The latter probably really so all can admire at how well read I must think I am. 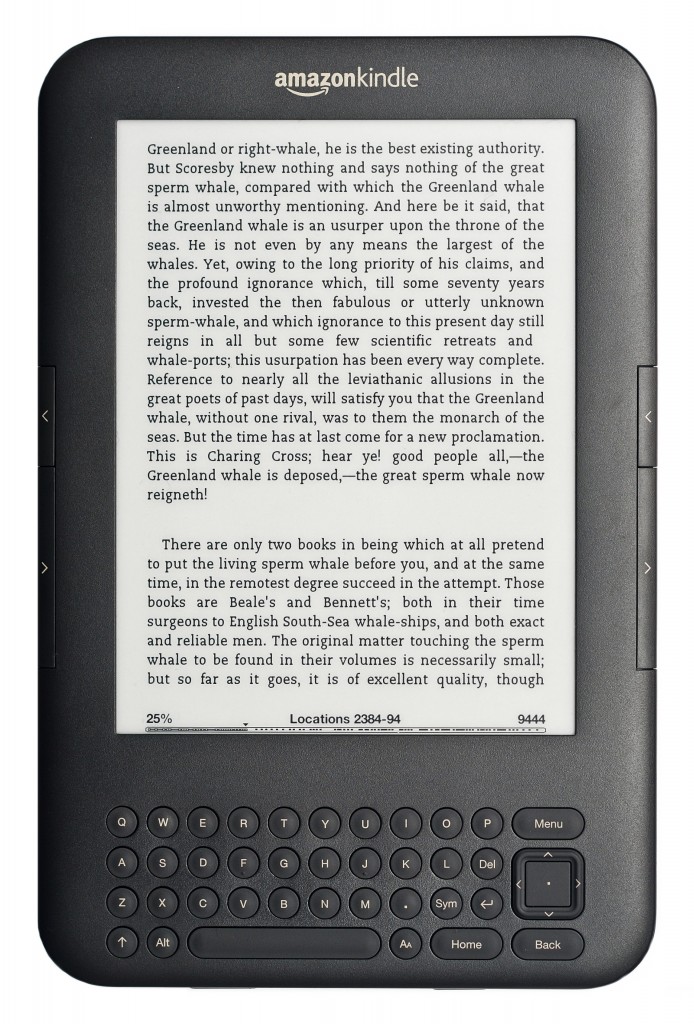 And then we have the Kindle and iPad.  Within a generation, I expect reading paper books to be something only old people do, along with pining for the day of vinyl. But why do some of us long for a crackling analog vinyl record, or a paper book that can only ever show you one novel and will yellow and decay as it sits on the shelf.   The replacements are superior in every functional metric – cost, longevity, choice, quality – but still my dream persists on having endless bookshelves of vinyl and books.  Giving up atoms for bits is a fundamental shift, not easy for a generation that has grown up hoarding atoms.  Even our initial steps into digital music involved hoarding endless gigabytes into a music collection onto a physical disk , when the obvious solution is a streaming on-demand music service, where the collection lives in the ether of the cloud in a physical form the user cannot see.

Technology nostalgia can be fatal for technology companies that fail to move with the disruption.  The big example recently was Kodak, declaring bankruptcy finally after failing to embrace the digital revolution in the photography market that  left their unwanted film undeveloped on the floor.  Another pending example is RIM, who is struggling to leave behind their signature QWERTY keyboard in favour of the touch interface so prevalent on smartphones today.  For people, technology nostalgia is no so fatal, but they might be left behind as outsiders, not exposed to the information wave that is engulfing most of society today.  Although is that a bad thing?

I spent yesterday in an airport book shop frustrated at not being able to find the book I was wanted, yet for $100, I could buy a kindle that could solve this problem forever.  One fear I have is because there would be access to any book at my fingertips, books would be started but never finished.  Likewise with music, when I bought albums on tapes and CDs back in the day and brought then home, I would spend hours playing them through, reading the cryptic liner notes and imagining what led the artist to write the songs.  With access to a streaming service,  the album concept breaks down, and  access to endless information on each song erodes some of the musicians mystique.

Now I better go read the book that I wasn’t really looking for but bought because the shop did not have the one I wanted because there is a limit to how much paper can be stored in an airport bookshop.  It’s the Outsider by Albert Camus, chosen because I recalled  Eamon Dunphy mentioning it was his favourite book in an interview,  I know nothing else abut it.  I don’t think it about an outsider who sherked the technology of his era, but soon the lovely crisp pages will reveal it’s plot without distraction.